NEW 5.4km Humber Tunnel that will house a key gas pipeline has been completed.

Construction of the tunnel began in April 2018 and it now stretches under the Humber estuary at a depth of up to 30m, with a diameter of 3.65m.

Given this scale, the excavations involved were complex.

Carried out by a tunnel boring machine affectionately named ‘Mary’ by the project teams, they resulted in as much as 160,000 tonnes of material. 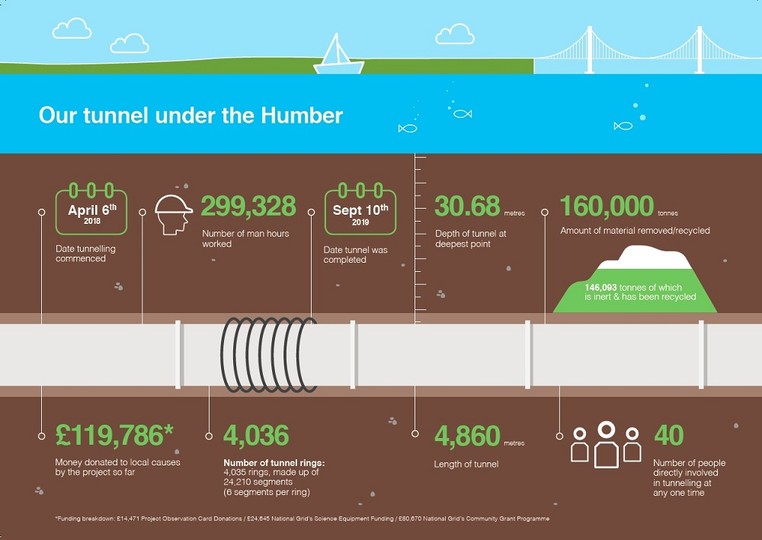 The new pipeline replaces an existing one that sat on the riverbed but this had become exposed due to erosion.

The replacement will help ensure the reliability of supply to UK homes and businesses, bringing in as much as a quarter of Britain’s gas supplies.

Soon the pipe will be intentionally flooded with water before the pipeline itself is inserted into it, ready to start operating in Spring 2020.

Expected to be a record-breaking event, this will be the longest hydraulically inserted pipeline anywhere in the world.

ICON exists to empower energy and environmental practitioners to achieve their full potential, both personally and in their workplace.
Contact us: [email protected]

Most people don’t want to be billionaires – and this is...